Our region serves up numerous culinary specialties that are also produced right here. From bacon, cheese, wild game and meat, to crops such as potatoes and cabbage, and even Polenta. Special events are associated with all of these products.

This event has been held in Hermagor for over 20 years, always at the beginning of June. As many as 50,000 visitors gather on two days to enjoy bacon in its countless manifestations. From bacon sandwiches to Frigga – accompanied, of course, by outstanding beverages – Gailtal celebrates the biggest festival of the year. Gailtal farmers produce their bacon year-round in order to ensure an adequate supply for guests at this festival. Gailtal bacon is also quality-certified and labeled accordingly. 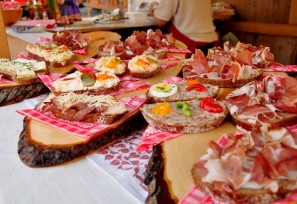 This event was born in 1995 and takes place every year at the end of September. The cheese festival features a big parade, celebrations as well as the crowning of the “Cheese Queen”. About the history of cheese: The history of cheese goes all the way back to the Stone Age. It is assumed that hunter-gatherers discovered whitish gelatinous lumps in the stomachs of young ruminants that were still suckling their mother’s milk. This fermented milk is generally thought to be cheese in its most original form. Later, thanks to the nascent grazing culture during the Mesolithic Age (ca. 10 to 8 thousand years B.C.), people had access to larger quantities of animal milk for the first time. It is assumed that they mainly herded goats and sheep back in those times. The art of cheese-making continued to develop. Using clay vessels or animal bladders, they tried to sour the milk over fire or in the sunshine. If the milk clotted, under favorable circumstances the result was an edible food that stored well. 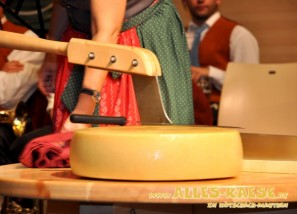 At the beginning of October, Weissbriach hosts its traditional annual Cabbage Festival. The entire village joins in the preparations and festivities, including local folk-heritage groups. As you might imagine, the culinary highlights involve dishes with cabbage as a prime ingredient, in every conceivable variant: from cabbage pasta to smoked meat with cabbage. During Cabbage Festival, scarecrows made with cabbages are put up around town as well, with the three most impressive awarded a prize. These scarecrows can actually be admired alongside the village streets for a few weeks before the festival gets under way. The creativity of the people in Gitschtal knows practically no limits. 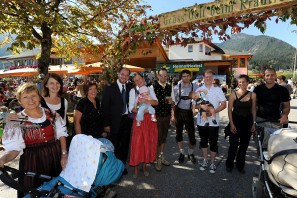 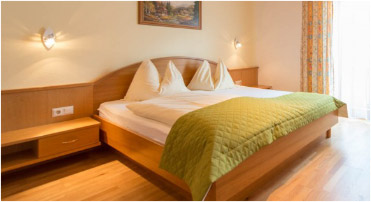 The rooms at Hotel Naggler are gloriously comfortable and spacious, both singles and doubles. You can look forward to cozy beds and a restful night’s sleep.
Browse our rooms 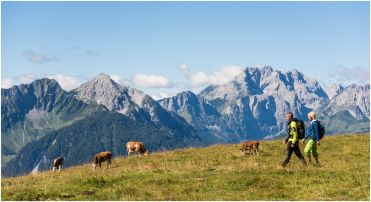 Carinthia, which is our home region, offers a wide variety of excursion destinations and culinary highlights sure to appeal to the whole family. See for yourself the countless opportunities that await you.
Activities in the area 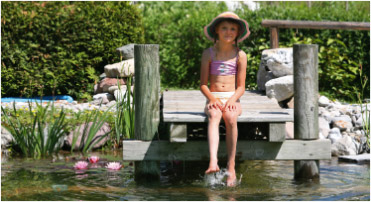 Thanks to our big garden you will be able to enjoy a refreshing timeout, both summer and winter. And that also includes pure enjoyment in clear, clean water.
Visit our garden biotope